My partner is dealing with a very hard time at the moment. His son has run away from home, back to the ex-wife’s, and we’ve received nothing but hurtful, nasty texts from the boy since he left two weeks ago.

I’ve found it hard to deal with my anger at the situation. I’ve tried to stay calm, but seeing my partner and his daughter in such grief and loss is hard-going for me. It hurts, more than if I were hurt myself, to see the man I love struggling with this.

Neither of us know what to do or how to cope, so instead he’s been saying little in response to the vitriol coming over the phone, hoping that his son will calm down and return to his normal, kind, cheerful self. The boy we know and love.

When this sort of thing happens, the grief can be overwhelming. We’re struggling to stay afloat. It probably comes across to the boy as gruff and silent, but it’s grief and misery. My partner has been hurt. He feels like he’s losing his son. He’s wondering if the loss will be forever.

So last night, when my partner and I were lying in bed, holding each other, and his face was so blank because he couldn’t even feel any more over all this, I suggested something to help us cope.

How to cope with runaway teens.

Find a clean, empty jar. Then, when you’re ready, write down something wonderful about the person you’re missing.

Maybe it’s a memory of a great day you had together. Or something kind they did for someone. Maybe a bad joke that made you all laugh. Or a time you were proud of them.

Maybe it’s the fact that they care for their younger sister. Or that they make great gourmet noodles, with an egg on top and Moroccan seasoning. Maybe it’s that horrible hair style that you don’t understand but you love them for anyway.

Write each thought down on a separate, small piece of paper. Fold it, and put it in the jar.

Write about the fact that you’re the stepmum, and you had such worries that they’d hate you when you came into their life. Write about the first time they hugged you and it was uncomfortable as hell.

Put each and every thought in the jar. You don’t have to do it all at once. Just one thought a day or so, whenever you remember something, when you think of something you miss, and the gap in your family that is empty because they’re not there right now.

Try to add a new thought, or memory, or feeling, every day. Just keep adding. In doing so, you honour the love between you and the bond you share. You help keep it whole. You heal what is damaged.

All the family members, all writing thoughts, adding to the jar.

Keep the jar in the runaway’s room. If they ever come back for their belongings, give them the jar along with everything else.

Don’t say anything about it. Just give them the jar.

It could be that the runaway will ignore the jar. Or throw it away. Or laugh at it. Or get angry and abusive. They might mock it. But they need to know how you feel. That’s what the jar is for.

And those of us left behind? We need to express how we feel too. We’re hurt, and we’re angry, and we’re confused, but we need to remember that we love those who have left us, despite everything, and that our love is not going to disappear even when our children do. 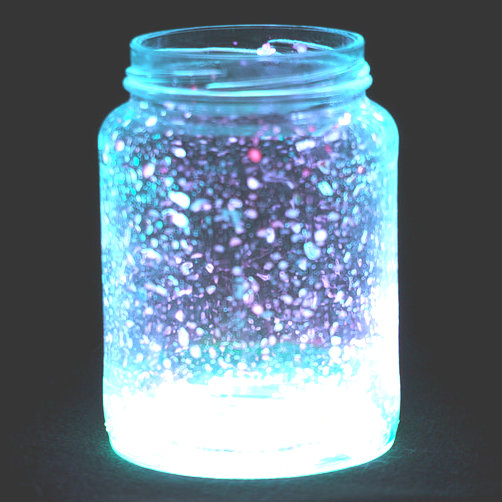